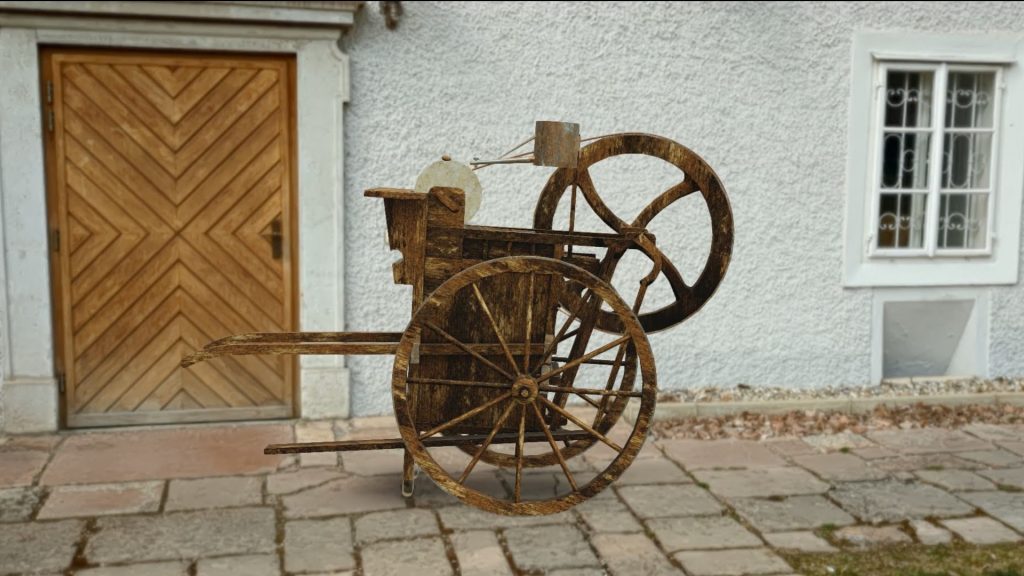 The Alpine area is rich in small thematic museums telling the history, culture and ancient crafts of their territories. These are often marginal spots on tourist itineraries, with few number of visitors due to both their specificity and difficulty of reaching them given their remote geographic position. COVID-10, travel restrictions and increasing transportation cost pushed for new ways to access what the museums have to offer. The SMART project stems from the need to preserve the historical and cultural heritage of local communities and to offer tourists new opportunities to discover and experience the Alpine area from the comfort of their home or from simply anywhere.

In cooperation with the University of Applied Sciences Salzburg (Fachhochschule Salzburg, Austria), Mixed Reality I/O was brought on-board to assist with this project and to create several web-based augmented realities experiences, see below. Without the need for an app, the experiences are accessible directly through a (this) web browser on both desktop as well as smartphones and tablets.

Desktop/Laptop: If you are reading this on your desktop / laptop, you can explore the 3D models below by zooming in and out of and turning the exhibits around with your mouse. For easiest access to the AR experiences, simply scan the QR codes with your smartphone/or tablet to place the exhibits into your own space / room.

Smartphone/Tablets: If you are reading this on your smartphone / tablet, then simply click on the little icon

at the bottom right of the 3D visualisation to start the AR view and to place the exhibit into your own space / room.

Bonus: the AR experiences have sound and voices, too!

The “Krösma” is a two-wheeled cart used by the knife-grinders in the Resia Valley. The means of transport ensured comfortable travel over long distances and became a means of work itself. In fact, the transmission chain operated by the pedals brought the movement to the wheels, guaranteeing the movement of the vehicle and, if necessary, to the grindstone placed near the barrel of the bicycle, allowing to sharpen the blades.

“Lipa Bila Maškira” or “beautiful white mask”. This traditional outfit is worn by women on Carnival Sunday and consists of a white shirt, one or more white skirts of different heights trimmed with lace and ribbons, and a tall hat decorated with colourful crepe paper flowers and small rattles. In their hands, the masqueraders often carry handkerchiefs and bells making sounds when they dance. When men wear this costume, the most obvious difference is the hat, which is lower than for women. In this case, their name is “maškarun”.

The Stag of the Biberg

The bronze figure represents the stag god Cernunnos, who was usually depicted in human form with stag antlers on his head. For the Celts, the stag symbolised the “key to paradise”. It was regarded as the animal that saved the deceased souls from extinction and enabled them to enter paradise. In the Saalfeldner Basin, the local Celtic tribe of the Ambisonts found a favourable settlement site at the Biberg. According to the current state of scientific knowledge, the ancestral castle, the seat of the chieftain of the Ambisonts, could have been located on the Biberg or in the area of the castle near Kaprun. The expansion of the settlement began as early as the 2nd millennium BC. The heyday of the oppidum on the Biberg falls in the late La Tène period (1st century BC).

My name is Xandi Schläffer. Even as a child, I loved to watch my father build nativity scenes. At first I specialised in mountains of textile and was not at all untalented. But in the long run it was not enough for me and I started to build oriental nativity scenes, just like it was fashionable in the 1920s. But I always liked the idea of a local nativity scene better – who says that Bethlehem can’t be in the Pinzgau? – But joking aside, I am of the opinion that, “There are people for whom home is everything, their whole world. And the right nativity scene person has to build into his nativity scene the best there is for him. And for me, that is home!”
As a fireman, I discovered many of these in the attics of the people of Saalfeld and was able to acquire them for our museum.

Decisive for its success are the design by Ettore Sottsass and Perry A. King and the impactful advertising campaign, thanks to which it became known worldwide. Together with other Olivetti typewriters, this model is revolutionary because of its shape and colour. It actually found its permanent place in the collection of the Museum of Modern Art in New York as a particularly successful example of Italian design. It was manufactured in the Italian, Spanish and Mexican Olivetti factories from 1969 to 2000.

The pastor Hans Rasmus Malling Johan Hansen was director of the Royal Dovstummeinstitut in Copenhagen when he had the idea of constructing a machine with which the deaf could communicate in writing just as well as with sign language. After two years of experimentation, he devised a typewriter whose types and keys were mounted on a hemisphere. This resulted in the famous writing ball at the end of 1867. It was the first typewriter to be commercially produced, albeit in small numbers and sold in Denmark, Germany, Austria and France. The “Schreibkugel” was constantly improved over the years, but ultimately could not prevail against the emerging American typewriters. Its distribution remained low, the time was not yet ripe for such an invention. The price of 400 guilders, which was very high for the time, also limited the sales.

This 3D virtual map shows the most important buildings dedicated to social activities for textile factory workers and their families in the city of Valdagno.

This 3D model made with the help of photogrammetry is a replica of the original sculpture located in the city center of Valdagno.