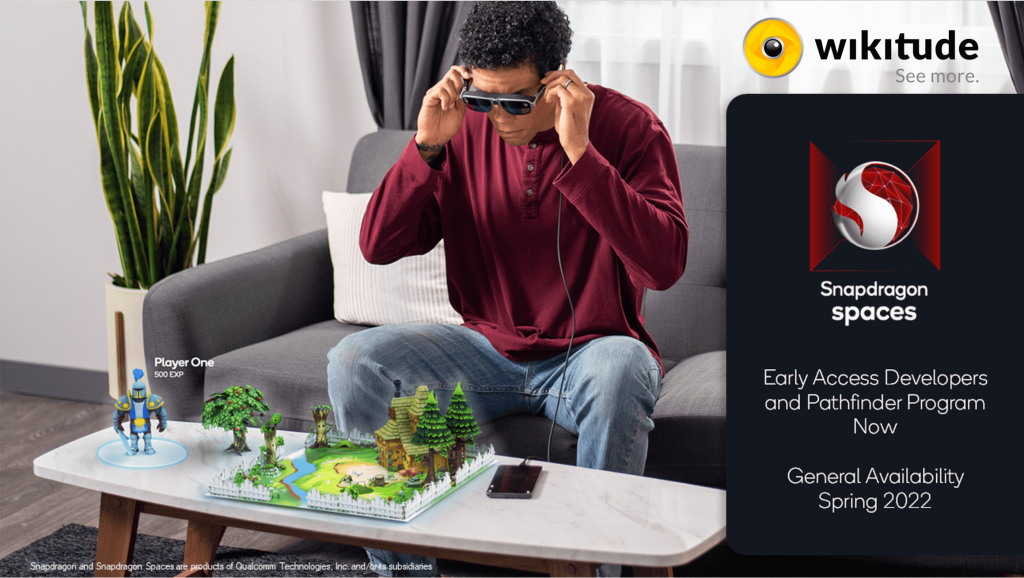 This story is very close to my heart, a tale that was very long in the making, 13 years to be exact. What a journey it has been. 2008 was the year when it all started, also for me personally. I was working for Lonely Planet in Singapore doing business development in Asia Pacific. As you might recall, this was the year when Apple introduced its App Store on the iPhone and when Google launched its “G1” device. It was a revolutionary year for app distribution, as consumers could now download apps directly from Apple’s and Google’s app stores. Like many other publishers during this “mobile apps gold rush”, Lonely Planet was keen to re-package its book content into a digital and app format.

2008 was also the time when Philipp Breuss-Schneeweis, founder of Wikitude (fka Mobilizy), started experimenting with mobile augmented reality (AR). The reason for his timing was that the aforementioned G1 device was the world’s first smartphone to have all three sensors required for location based AR: a gyroscope, a digital compass and a GPS sensor. So shortly after building the world’s first AR browser, the Wikitude AR Travel Guide as seen in the video below, the tiny Wikitude team in Salzburg engaged in a partnership with the world’s global travel power house, Lonely Planet.

The objective of our partnership was to build 20 white labeled city guide apps (London, Paris, Hong Kong etc.) with an AR view. It was through this partnership that Philipp and I got to know each other before he then later offered me to join his team and to take on the CEO role for Wikitude. At the time, my family and I had been living in Asia for over 5 years already, so we took the plunge from a very privileged expat life in Singapore to start a new chapter in Europe with a non-funded startup somewhere in the Alps. I must admit, I still can’t believe I did what I did at the time, given the high risks involved. But a mix of curiosity, opportunity for another big adventure and certainly Philipp’s charm were the main factors for my family and I to move to Salzburg.

So in early 2010 I found myself getting on the rollercoaster ride called startup life. Later in the year, we were able to close our first significant funding round and expanded the management team by bringing on Martin Herdina, who brought a lot of entrepreneurial experience to the team. I switched to the CMO role while Martin (Herdina) took over the main rudder as CEO and Martin (Lechner) completing the trio as CTO.

We thought we could create a B2C business by building a browser specifically designed to augment “everything and everyone” around us. However, we soon found out that this business model did not generate anywhere near enough money to support the growing team we had in place. As a result we pivoted the company to a B2B proposition by starting to build a new product in 2012. We had a very critical look at ourselves and the team and came to the conclusion that the core of Wikitude’s DNA was building technology rather than building a consumer app. As a result, the Wikitude software development kit (SDK) was born and we started making tools for mobile developers wanting to build AR apps without needing to know anything about computer vision algorithms.

As mentioned, Wikitude’s DNA has always been its technology. No doubt, the super smart team of computer vision experts, mobile engineers with R&D backgrounds from the immediate Austrian ecosystem at first to international talent from around Europe, particularly from France, Italy and Spain later have been the core asset of the company over the years.

Another pillar of Wikitude’s strength has been our ability to strike partnerships with major multinationals like Lonely Planet in the very early days to a long list of companies including Samsung, Sony, LG, Epson, BlackBerry and of course Qualcomm starting in 2019, and many others over the years. Given the small amount of marketing dollars we had available from our own start-up budget, we had to come up with creative ways to get the “Wikitude word” out. So we made an effort to “piggy bag” on these big companies’ marketing budgets whenever there was an opportunity to do so. There was one incident in particular that made our right choice in this strategy clear to me. I was on a business trip to London for an industry event when I got onto the train from the hotel to the venue. After shuffling through the crowds of people on the station’s platform focussing on my steps into the train, I finally looked up inside to be looking at the Wikitude logo dozens of times around me. It was an advertising campaign by BlackBerry showing off our augmented reality integration of the BlackBerry Messenger to literally everyone getting on a train in London during the weeks of these ads running.

When our fierest competitor Metaio was acquired by Apple in 2015, I had very mixed feelings. On the one hand it demonstrated that AR had matured enough to be perceived by Tim Cook as a key technology for the future. On the other hand, it wasn’t us at Wikitude finding our match for a long-term strategic partner, but our rivals in Germany instead. As much as I would have loved to be in Metaio’s shoes at the time, I knew that we had grown out of the phase of being a gimmick. The technology was now being used or experimented with by most major companies across pretty much all industries including entertainment, medical, advertising, engineering and utilities.

After seven years of being on the startup rollercoaster of my life, I stepped down from my operational CMO role in 2017. Given my stakes in the company, I continued as an Advisor, Evangelist and partner of Wikitude. In fact, after founding Mixed Reality I/O in 2017, one of my first big clients was TUI, who partnered with me to build an AR glasses travel tour guide prototype. It was great to utilize the Wikitude SDK for this project, which we had started optimizing for the Epson Moverio AR glasses as early as 2014. Although Wikitude’s primary focus has always been on smartphone AR, this additional AR glasses SDK for Epson was Wikitude’s first step into the up and rising new form factor of head worn devices, which Qualcomm focusses on today with its Snapdragon Spaces™ XR Developer Platform. As Qualcomm’s Hugo Swart, VP, Product Management and GM of XR said in his recent interview: “Wikitude’s expertise in smartphone AR transitions nicely to headworn AR because the technologies and development are very similar, which allows for a rapid integration and shift to headworn AR development.”

After communicating the initial start of the partnership in 2019, the Qualcomm acquisition of Wikitude was finalized at the end of the third quarter in 2021. General availability of the Snapdragon Spaces™ XR Developer Platform will be Spring 2022. The best places for updated information are of course the Wikitude and Qualcomm websites. Congratulations again to Martin Herdina and Hugo Swart for putting this match made in heaven together. Congratulations also to the many, who have helped build this company, technology, platform and brand! I am very thankful and proud to have been part of this journey.