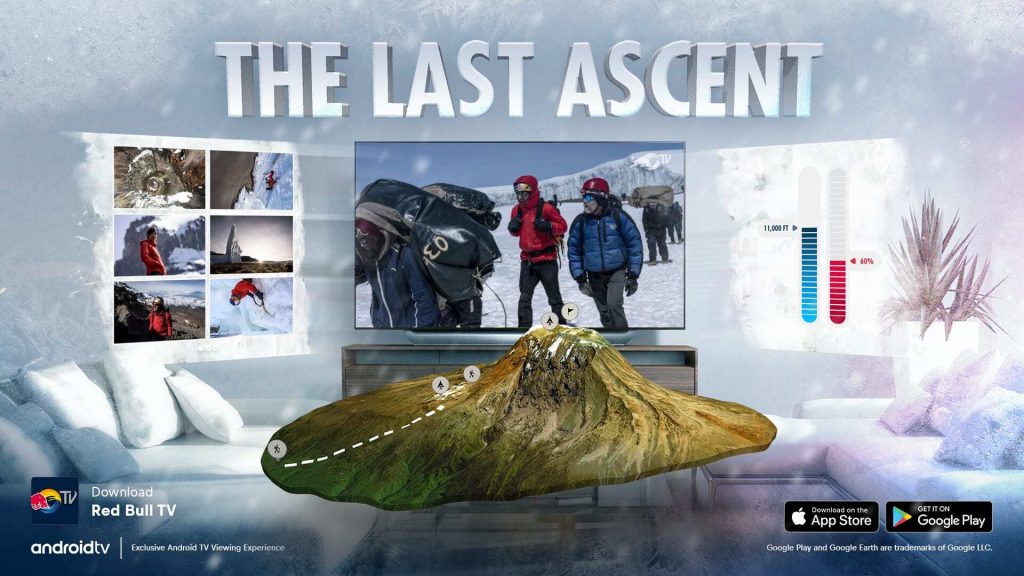 Get up, close and personal to Will Gadd’s Last Ascent with Augmented Reality

Join his climb to the ice caps of Mount Kilimanjaro from your Iiving room thanks to the world’s first synced AR experience for on-demand video streaming.

In 2014, Will Gadd travelled to Mount Kilimanjaro armed with pictures of towering ice formations and his ice climbing equipment. What the Canadian discovered on the Tanzanian peak was a natural environment changing extremely quickly. He still climbed some of the most amazing ice he had ever seen, but was alarmed at the rate the ice was melting.

Six years later in 2020, he returned for The Last Ascent, and this time you can join him as an expedition member with the help of augmented reality (AR). The exclusive AR video experience on the Chromecast with Google TV™ and other Android TV™OS devices allow you to explore the dramatic impact of climate change discovered by the expedition team by engaging with interactive 3D content and additional videos projected directly into your living room.

> Continue reading the article “Get up, close and personal to Will Gadd’s Last Ascent with Augmented Reality” on Red Bull’s Content Pool where it was originally published on December 10th, 2020.